Learn more about useful information before booking with us.

In order for you to get answers to your questions as quick as possible we have gathered the most frequently asked questions here. Alternatively, you can send us a message via the ‘Contact Us‘ link or contact the hotel where you wish to stay directly.

Is parking available at the hotel?

Yes, the hotel does offer complimentary on street parking to Hotel guests and non-residents.

What Credit Cards are accepted?

We accept all credit cards.

Can I book without a credit card?

Yes, a deposit is required at time of booking to confirm the reservation – this can be done via an EFT payment, and we do accept full prepayment should the booking be made at the hotel.

How can I buy a voucher?

What time is check-in?

The check-in time is from 14h00. Let us know your arrival time and we will do our best to have your room available.

At what time is check-out?

The check-out time is 11h00. If you plan a late check-out kindly let us know your departure time and we will do our best to cater to your needs.

Do you offer babysitting facilities?

Yes, we do offer a babysitting service, which can be arranged through our reception. We suggest this be pre-arranged prior to your arrival.

Is it possible to have a cot/child’s bed in the room? If so, at what price?

We do have cots and beds available for children. There is no charge for a cot; a small surcharge is applicable for an extra bed.

We do have extra beds available at a surcharge.

Do you have interleading rooms?

Are special requests, such as gluten-free meals or feather-free pillows, possible?

We do accommodate special dietary requirements and special requests. Please ensure to advise us of these prior to your arrival to ensure we meet your needs.

Can I bring my pet when I stay?

We accommodate small dogs at the hotel in our Villas only.

Is breakfast included in the price?

We offer rates that include and exclude breakfast.

Does the Restaurant at The Plettenberg only serve seafood?

No, the Restaurant at The Plettenberg offers a variety of dishes with an emphasis on local ingredients.

Is it necessary to reserve a table in the Hotel restaurant

Yes, you can reserve a table in our restaurant online or with the hotel directly.
BOOK NOW

Does the hotel have a swimming pool?

Yes, the hotel has four swimming pools – the two main pools for guests are located at the main building and at the Blue Wing. Each Villa has its own private pool. The Blue Wing pool and the Villa private pools are heated year-round. Temperatures are set between 24-28 °C.

Do you have an onsite Spa?

Yes, click here to view which facilities and treatments are offered at Fresh Wellness Spa.

Do you offer bicycles for guests to use?

Yes, bicycles are available to hire, this can be arranged through the Travel Desk.

Do you have an onsite hairdresser?

No, however there are a number of hair salons within walking distance from the hotel.

Is Wi-Fi available at the hotel/in the room?

We offer complimentary Wi-Fi throughout the hotel.

Can I walk to the local restaurants after dark?

Yes, the hotel has a boutique. The Liz McGrath Collection Boutique offers a selection of items from acclaimed South African designers. These include ceramics, tableware and cushions by Ardmore, sculptures by Donald Greig and luxury crocodile bags and belts by Zambezi Grace. The Collection Boutique features not only clothing and holiday essentials, but also books, jewellery, art and other interior elements that make for wonderful mementos. Guests don’t need to worry about luggage restrictions either, as items can be shipped anywhere in the world after purchase.

Where are the nearest shopping centres? Are the shops within walking distance?

There are many shops and boutiques within a 10-minute walk from the hotel, with the closest shopping centre, Market Square, being 3km from the hotel.

Which is the nearest Airport?

How do I get to the hotel?

The Plettenberg is situated on a rocky headland in Plettenberg Bay, along the world-famous Garden Route.

Do you offer an airport shuttle service?

Yes, rates are available from our travel desk.

Do you need your own vehicle? How do you get around?

While not absolutely essential, it is advisable to have your own vehicle to take full advantage of all the activities in our area. If you are not comfortable driving, there are various shuttles, transfers and day tour operators we recommend. Bookings can be arranged through out travel desk at an additional charge.

Can I rent a car at the hotel or nearby?

Our travel desk team will be able to assist in renting a car.

Do you offer a restaurant shuttle service?

Our travel desk can arrange transport for you to any restaurant in and around Plettenberg Bay.

Are there golf courses close by? Can I book tee times online?

Yes, four of the top 100 South African golf courses are within 40kms of the hotel. Our travel desk can assist with booking tee off times.

When is the best time to see whales?

The Southern Right Whales start arriving in our bay from around June/July and stay with us until mid-November. You can usually see the most whales during peak-season (from August until September) but these times vary depending on a lot of different factors, including weather.

What local activities do you recommend?

The Plettenberg Bay area brims with activities for all ages and interests. Enjoy land- or ocean-based whale and dolphin watching, go on a wine tour, venture out to a Nature Reserve, play golf, spot the Big Five, book a river cruise, relax on the beach, hit the waves, or explore the surrounding mountains on foot or bike. The area beckons to be explored, be it on your own, as a couple or with the whole family!

Are the beaches safe for swimming?

When is the best time to visit and what weather can I expect?

What is the currency exchange? Are there foreign exchange facilities?

The local currency in Plettenberg Bay and South Africa is the South African Rand (ZAR) and 15% VAT is included on almost all purchases. Plettenberg Bay offers international tourists Forex facilities as well as many banks at which you can handle your financial business.

Are there medical & emergency facilities?

In case of emergencies there is a private hospital in Plettenberg Bay that you can go to. We also offer emergency services (such as ambulance call-outs, a fire brigade and police aid) should the need arise. There are also many medical facilities to help you with any and all ailments. 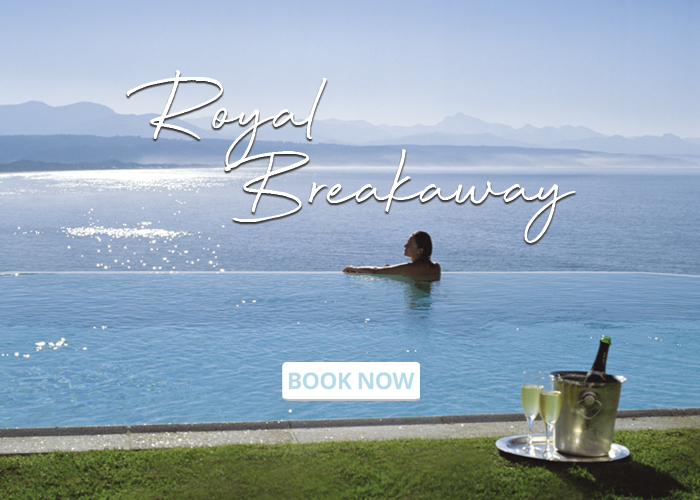